Suing the Federal Government for negligence can be a daunting task. There are very strict requirements that you must follow in order for your rights to be protected. Our experienced attorneys are here to help.

Under the Federal Tort Claims Act, an individual may file a lawsuit against the federal government for injuries incurred as a result of the negligence of a government employee. In Feres v. United States, the Supreme Court concluded that members of the United States armed forces could not bring a claim under the FTCA for injuries related to their military service. (Feres v. United States, 340 U.S. 135, 138 (1950).) It is important to note that the Feres Doctrine only applies to active duty military members. It does not apply to claims brought by military spouses, dependents, or retired military personnel for injuries suffered as a result of the negligence of a government employee. Several cases have applied the Feres Doctrine to expand its scope and further limit the rights of active duty armed forces personnel when they have been injured by the negligence of government employees at military hospitals.

A lawsuit filed on behalf of an active-duty nurse who died after giving birth at a naval hospital intends to change that. In 2015, Walter Daniel filed a wrongful death lawsuit on behalf of his wife, Rebekah Daniel. In the lawsuit, Mr. Daniel alleges that the medical staff at Bremerton Naval Hospital were negligent in caring for his wife when she began experiencing significant post-partum hemorrhaging. The Western District Court of Washington dismissed the lawsuit citing the Feres Doctrine. Mr. Daniel appealed the decision to the Ninth Circuit Court of Appeals. The Ninth Circuit affirmed the District Court’s ruling concluding that the “case was barred by the Feres Doctrine” because the injury was “incident to [her] service.” (Daniels v. United States, 889 F.3d 978, 982 (2018).) The Court further stated “[i]f ever there were a case to carve out an exception to the Feres doctrine, this is it. But only the Supreme Court has the tools to do so.” (Id.)

Our attorneys have successfully litigated multimillion dollar Federal tort cases against the United States government under the FTCA. If you are a military spouse, dependent, retired military personnel, or your child was injured at birth in a government hospital, you may be entitled to compensation. Please contact Mulligan, Banham, and Findley to speak with a lawyer about your rights. 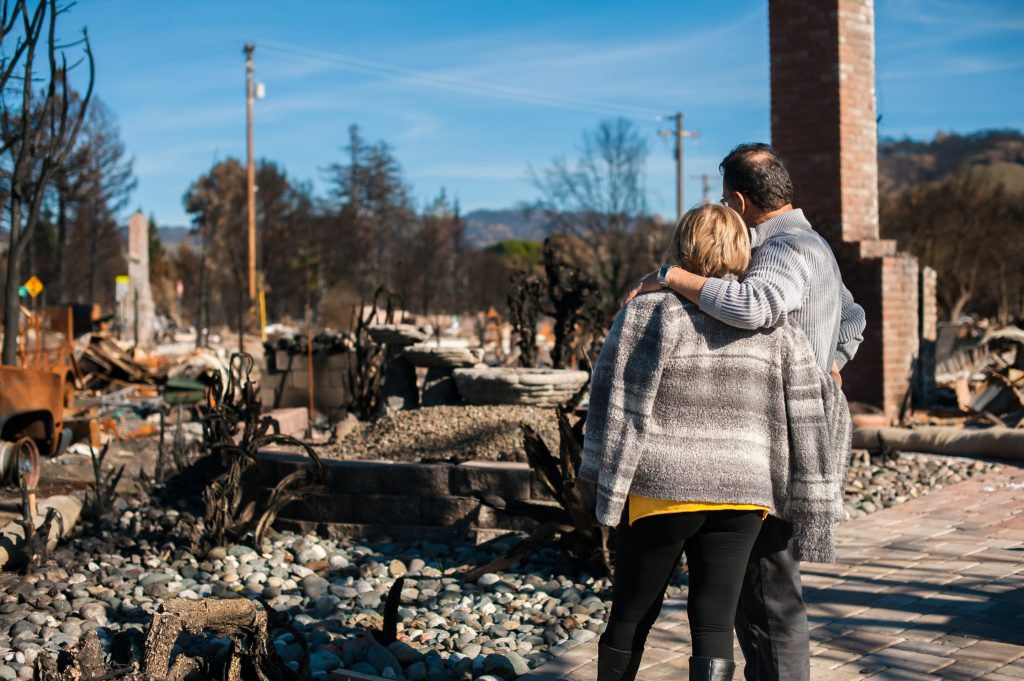 The most devastating fires in California’s history are still burning at the Camp Fire in Northern California and the Woolsey/Malibu Fire in Southern California —yet already there is talk about changes in California laws regarding fire liability. While consumer advocates will struggle to revoke the utilities’ ability to pass on the costs of fires, it is expected that utilities will seek immunity to further limit their exposure to liability.

Mulligan Law are investigating claims about the recent California fires. Call the number on this page, or use our Contact Form, to tell us about your experience.

Threatening to declare bankruptcy after PG&E was found responsible for previous fires, this utility company spent over $10.5 million dollars just last year lobbying the state legislature[i] with the hope of currying favorable laws. It is reasonable to assume their lobbying efforts are not at an end, and in fact, they will probably step up their efforts.

In response to lobbying, earlier this year, the California legislature enacted Senate Bill 901.  Unless amended, starting in 2019, this new state law will, under certain conditions, pass the expense of fire liability costs on to consumers and allow utilities to sell bonds to offset fire liability costs. While this new legislation won’t affect liability for the pending fires, it will give utilities a possible pass for future calamities. Before it even comes into effect, this new legislation should be amended to prevent utilities from passing the costs on to consumers.

Utility companies balk at California courts using a “strict liability” approach to hold utility companies accountable for fires caused by their equipment, regardless of negligence in maintaining the equipment. Why? Because electricity is inherently dangerous and it is well established that utility lines must be properly maintained and surrounding trees and vegetation must be frequently cleared away from power lines or devastating fires can occur. [ii]

Preliminary investigation reveals PG&E utility’s role in triggering the pending Camp Fire. This devastating fire obliterated much of Paradise and devastated surrounding Butte County, resulting in over 63 deaths, 631 or more people still missing and the destruction of over 7,600 homes–as of the time of this blog post.  What did PG&E do… or more accurately, what didn’t this utility do that contributed to the fire? The utility company neglected to clear trees that were interfering with lines, as required by law.   Just fifteen minutes before the blaze erupted, PG&E reported a power outage on an electrical transmission line in the immediate vicinity of where the fire sparked. While PG&E evaluated whether to shut down power lines in the area, it neglected to do so. To literally add insult to injury, PG&E is grossly underinsured with approximately $1.4 billion for the pending fiscal year, while some estimates for the Camp Fire exceed $15 billion dollars,[iii] or more than ten times the available insurance coverage.

Similarly, the massive Woolsey fire in Southern California was also apparently triggered by failure to clean up a contaminated utility subsite as previously contractually required. [iv]  The fire reportedly began about 1000 yards away from the site of a 1959 partial nuclear meltdown of a reactor, on property located at Santa Susana Field Laboratory (SSFL or Rocketdyne).  Two minutes before the Woolsey fire began, Southern California Edison reported an outage at its Chatsworth substation which is located at the SSFL complex, just a few hundred yards from the site of the previous partial nuclear meltdown.  This substation was originally built to provide electricity from the reactor. Just last year, the U.S. Department of Energy, NASA and the Boeing Company signed binding agreements to clean up this  contaminated SSFL site but never took any steps to do so.  While the investigation is ongoing, some maintain that the “Woolsey Fire likely released and spread radiological and chemical contamination that was in SSFL’s soil and vegetation via smoke and ash,” according to Dr. Bob Dodge, president of Physicians for Social Responsibility-Los Angeles. While all wildfire smoke can be hazardous, independent testing and air monitoring is pending to prove whether the Woolsey fire released radiation and other hazardous chemicals into the air, contributing to the fire as well as increasing risks to the public from toxic air contamination.

Given predictions for continuing Santa Ana winds and more fires in California’s future, the worst is yet to come. Unless the utility companies who contribute to devastating fires are held accountable to the families who lost lives and homes, there is no incentive for the utilities to change their ways.

If you have been affected by the California wildfires, read more HERE on how we can help. 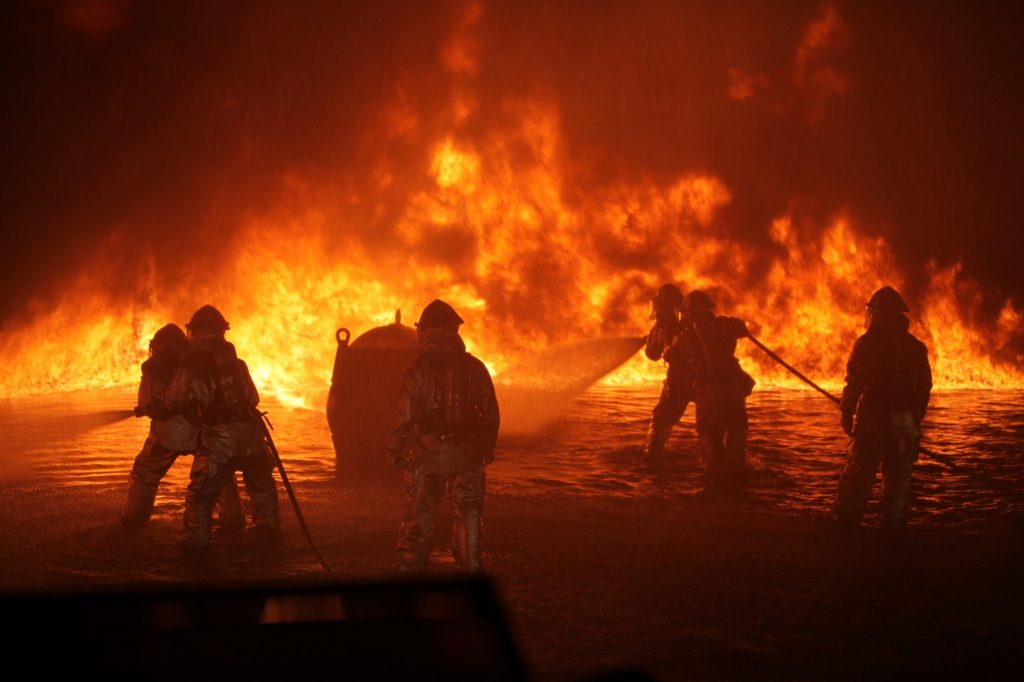 Unfortunately, it has been a record time for fires all over California.  We all worry about the safety of our families, followed by fear over safety of our homes and businesses. When we pay for insurance, we shouldn’t have to also worry about being paid for our losses…or do we?

We help people all over California. If you or your loved ones have been denied lawful payment for your loss by your insurance company, please call us. Insurance companies have a duty to us, their insured policyholders, to act in good faith when responding to claims for settlement to cover our fire losses.

What Do I Do if I Suffer a Fire Loss?

What Does the Law Require of My Insurance Company Once I File a Claim?

How Much Do I Need to Cooperate With My Insurance Company’s Investigation?

How Much Time Does My Insurance Company Have to Investigate My Claim?

What Does it Take to Win a Lawsuit Against My Insurance Company?

To win your case, a lawyer will have to establish that the insurer acted unreasonably (without a good reason) by failing to properly investigate your claim. What does this mean? To establish this claim against your insurance company, a lawyer will need to prove all of the following:

If I Hire a Lawyer, What Can I Hope to Recover in My Claim Against the Insurer for Bad Faith Denial of My Claim?

Depending on the facts of your claim, you may be entitled to recover:

If you have been denied coverage for your fire loss by your insurer, call an attorney immediately.

MULLIGAN, BANHAM & FINDLEY have successfully battled large corporations and insurance companies seeking to deny just compensation for losses.  Call us or use the contact form on this page today.